Establishing Sungei Palas: A Brew Of Tea Culture And Legacy 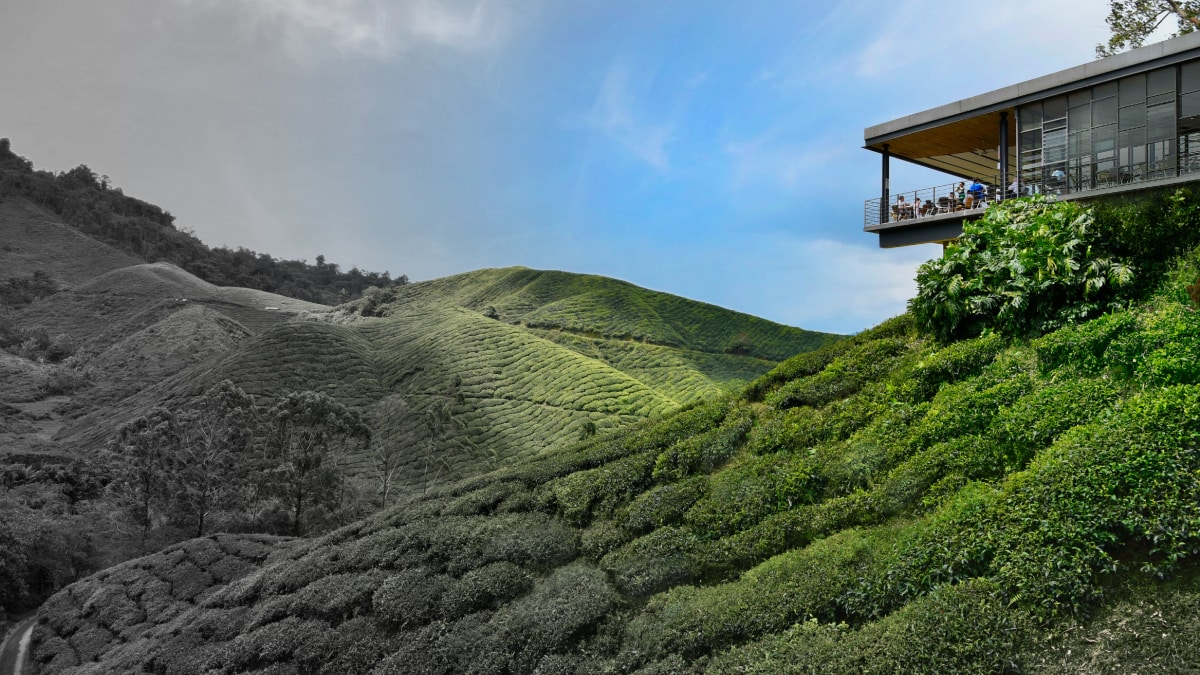 Perched high up on a ridge and well defined by the undulating contours of its lush green terrain, the Cameron Highlands has inspired and captivated the imaginations of its visitors from the very beginning.

When British explorer and geologist Sir William Cameron first spied these heights in 1885, the landscape was presumably undeveloped. Still, the sights and sounds at 5,000ft had found their ways into his heart. Their imprint was evident in his most famous, postliminary report: Cameron reputedly delivered a delightful account of his observation, giving insight into the crisp air and magical woodland shades that the mountainous region is still very much renowned for a century later. These, and its tea-growing potential.

That tea would be the essence of the Malayan highlands today would have come as a much lesser surprise to Sir Cameron than anybody else. Steeped in nearly 100 years of history, culture and traditions, the tea plantations that carpet the land are reminiscent of the glories of British imperialism, and a gracious evocation of the lives of colonial tea planters. One of such plantations is located at Sungei Palas. Just off the road to Gunung Brinchang, the estate illuminates the storied hills with a breathtaking view and a slice of history of its own.

“The truth is, the view has not always been this breathtaking – at least not in the beginning,” Caroline Russell reveals. Caroline is the Chairman of BOH and third-generation scion of the brand’s famed tea legacy. Once belonged to the Danish residents and later a Ceylonese company whose forte clearly did not lie in tea planting, the Sungei Palas plantation was subjected to erratic operation. Financial predicaments that befell its former owner only accelerated the already dire state, forcing them to leave much of the tea bushes in – what Caroline would describe as – a mess.

With mounting liabilities as such, acquiring Sungei Palas seemed like the most unattractive proposition. “The directors then, too, thought the same,” Caroline concedes. “But my father (retired Chairman of BOH, Tristan Russell) saw something different. He saw potential.”

And naturally so. Tristan is a visionary, after all: he was one of the first among his contemporaries to address the need for the industry to adapt, as well as to invest in machines and modern technology for drying, chopping and rolling the tea leaves. The pay-off has been extraordinary as a result, as years later he was famously quoted as saying: “Where once 27 people were needed for the rolling room, today only one minds the machines.”

Tristan’s pioneering vision and wilfulness were probably pivotal in steering the directors out of their initial scepticism about Sungei Palas. By the end of the 1950s, when the acquisition process was completed, the travails of restoring a ruined estate back to life thus began.

Some of the changes made were simply operational, like the strategic appointment of a plantation manager to oversee the cultivation of the crop and overall ground realities. Other changes were more experiential, however. One of such instances is when BOH decided to set up a small tea salon on the contoured slopes of Sungei Palas in 1980s. Serving fresh brews and treats with little else to disturb the serenity, the venue quickly solidified the estate’s reputation as the go-to purveyor of everything tea when visiting Cameron Highlands.

The building’s current incarnation – the BOH Tea Centre – has, in fact, become a place of pilgrimage for the millions of tourists and holidaymakers who flocked to Cameron Highlands annually. Built in 2007, the Sungei Palas Tea Centre’s J.A’s Balcony has a 20-foot overhanging balcony that doubles as a viewing deck overlooking the tea fields. Furthermore, the recently unveiled Tristan’s Terrace boasts a 200-seating capacity, which enhances the unique hospitality experience and tea-drinking pleasures BOH offers.

The visitor centre may have been more refined and expansive, but it is the visceral narrative it continues to write that have kept many warm-hearted and virtuous tea drinkers coming back. “The Tea Centre aims to provide visitors a sensorial and leisurely experience of BOH; from an understanding of the brand legacy and milestones to the intricacies of tea cultivation, tea processing and facts about tea,” shares Caroline before concluding: “It’s a comprehensive induction to all things tea, and a feast for the eyes.”